So we are moving into a bigger house, yay!  It will be really nice going from 600 sq. ft. to almost 1200 and a full basement.  The house we are moving into is actually my husbands childhood home, so it has a lot of memories.  The only problem is it is very dated.  There's different wallpaper on every wall,  and different bright and shaggy carpets everywhere.  There's even carpet in the kitchen!  We decided before we move in we would do some renovations, but we ended up spiralling out of control :)

I started by peeling wallpaper.  There are a couple murals in the home.  This mountain scene is from the dining room.  I took nice pictures of the murals so I could eventually put them on my picture wall that I'm planning. 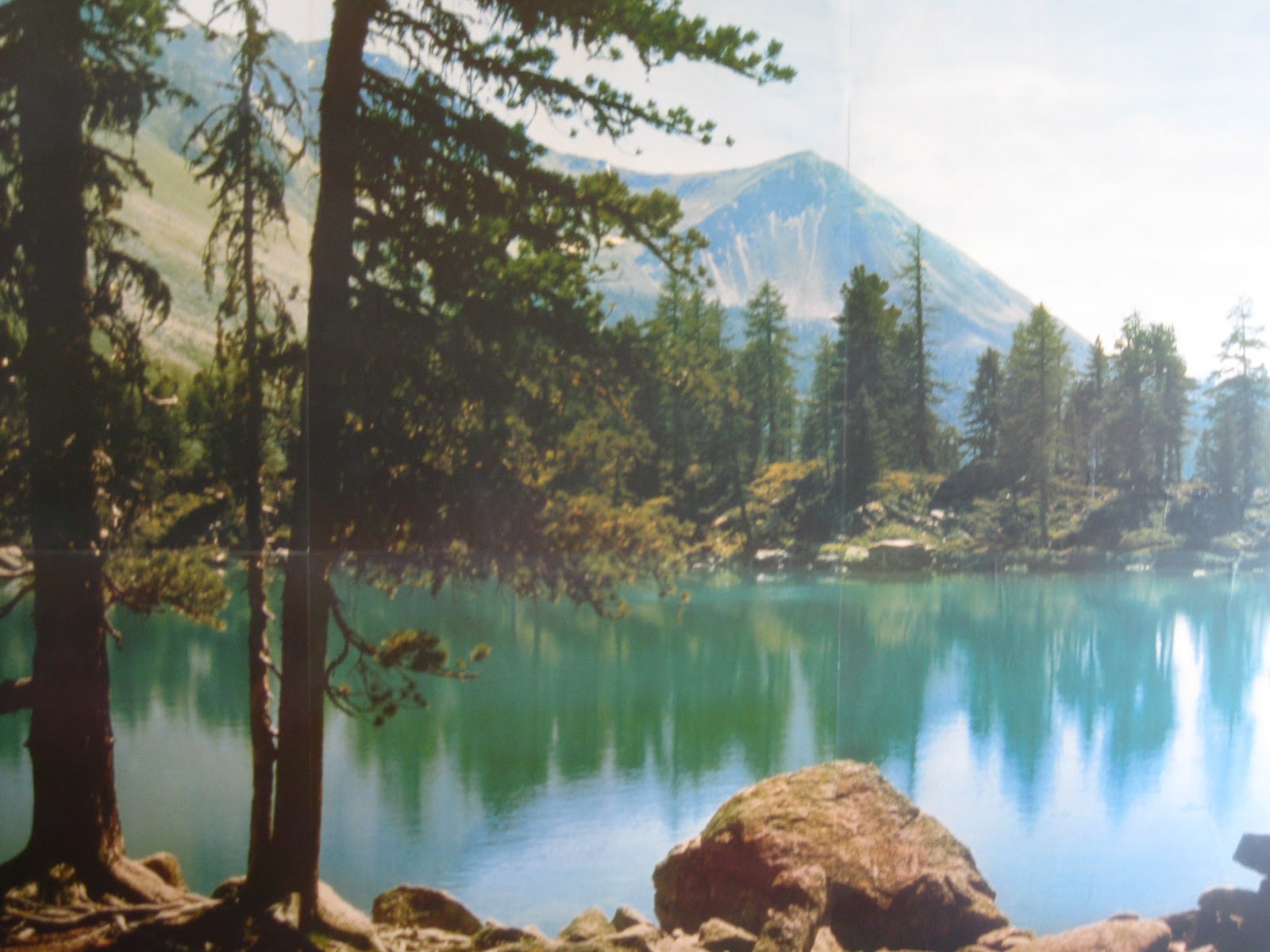 I know there coming back into style. This one looks good in the picture but up close it's not too pretty.  This is the difference in the wallpaper from a spot that was behind a moulding. 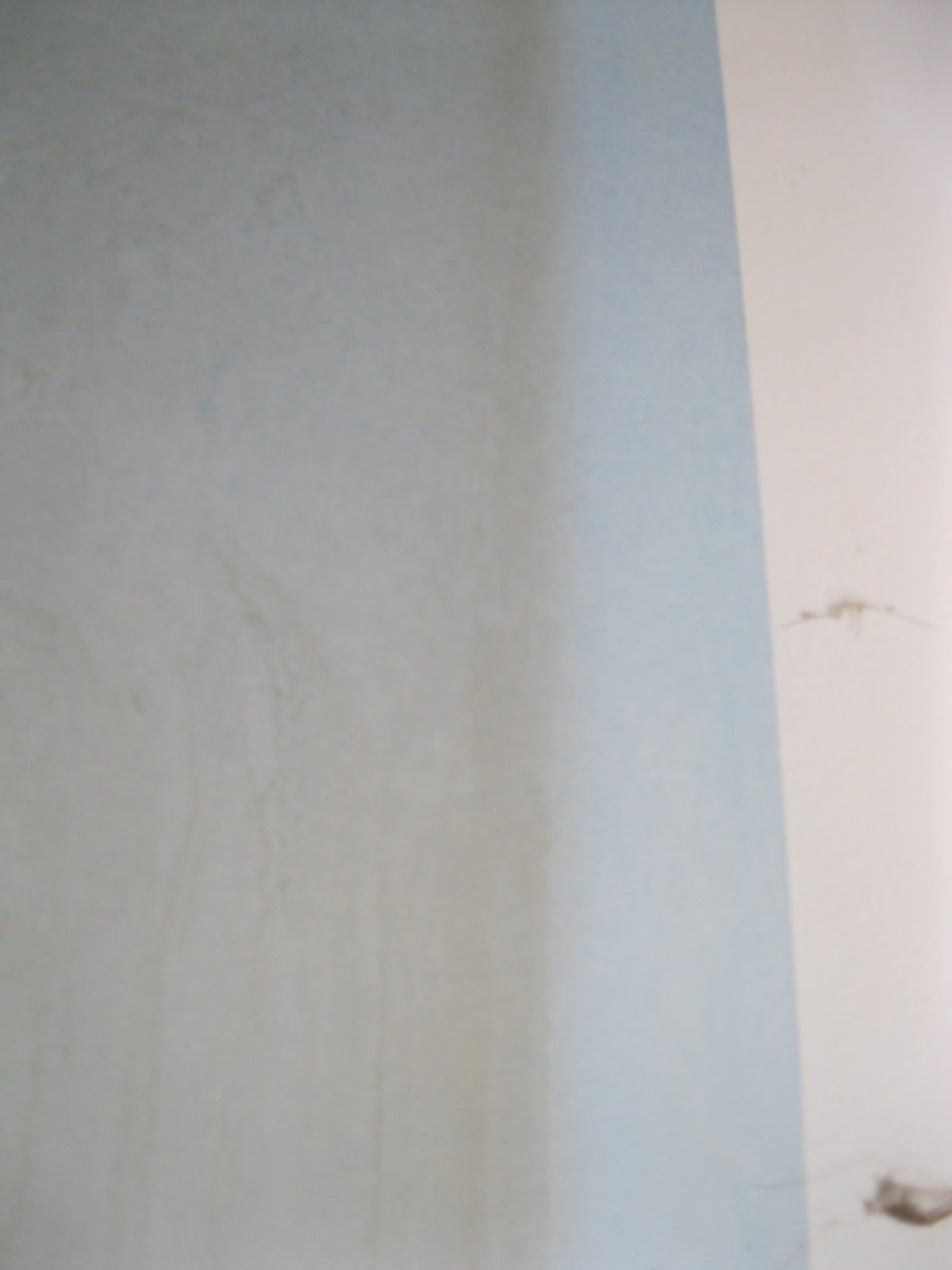 It took me absolutely forever to peel it off!!! This is after 2 hours.... 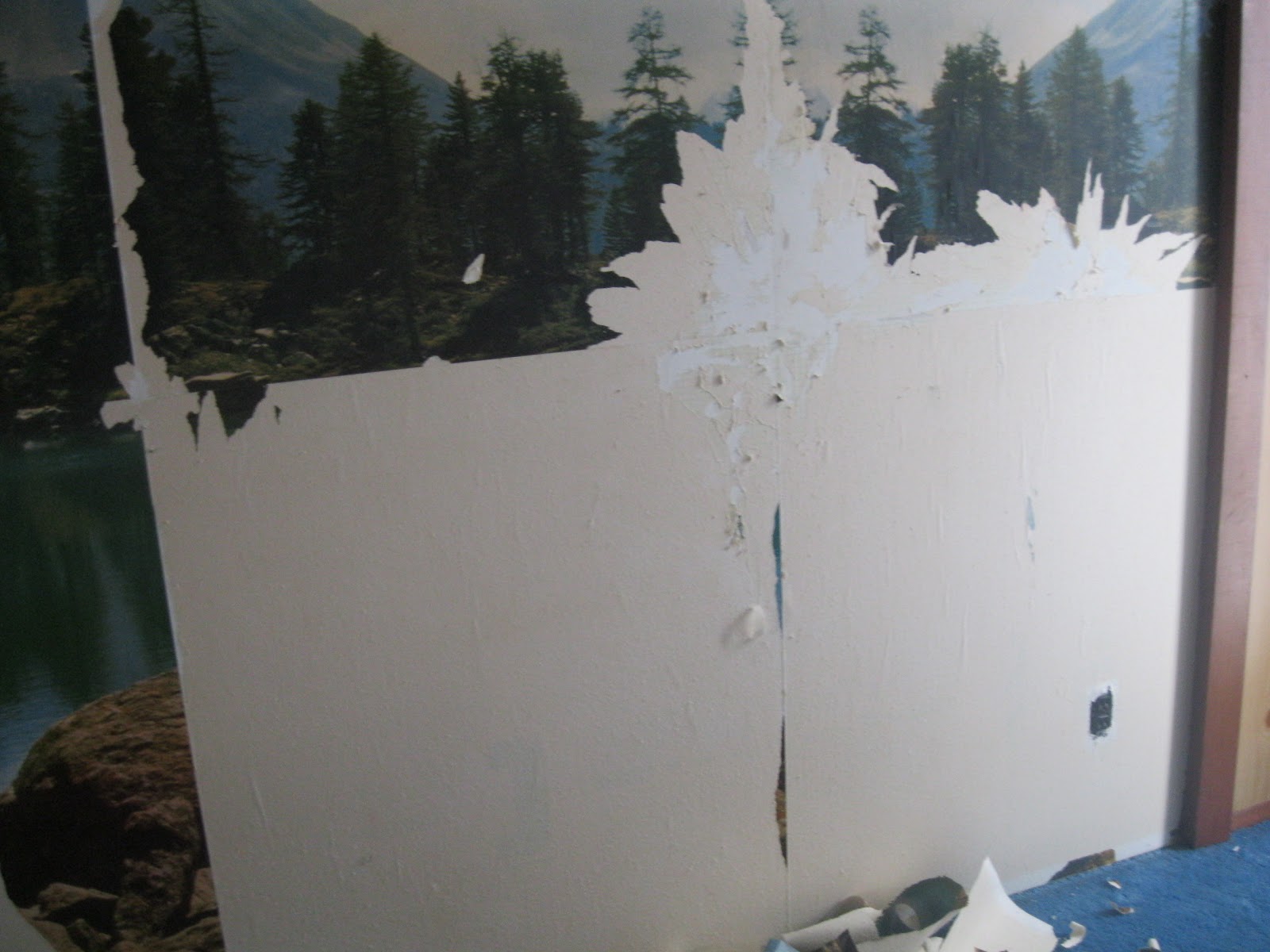 As you can see, there's quite a few layers.  The top vinyl layer wouldn't come off, so the water wouldn't penetrate.  Even scratching it up didn't help. 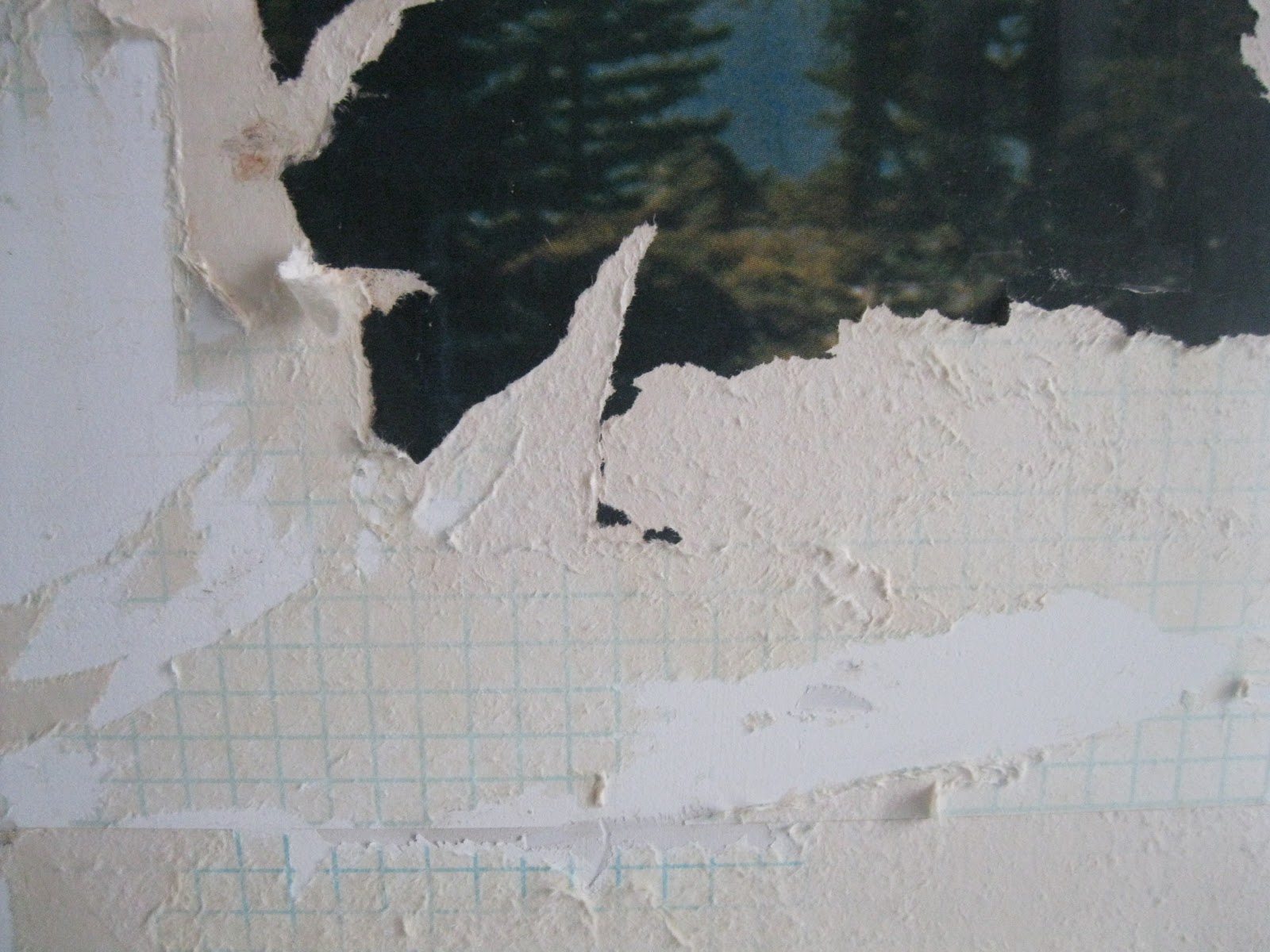 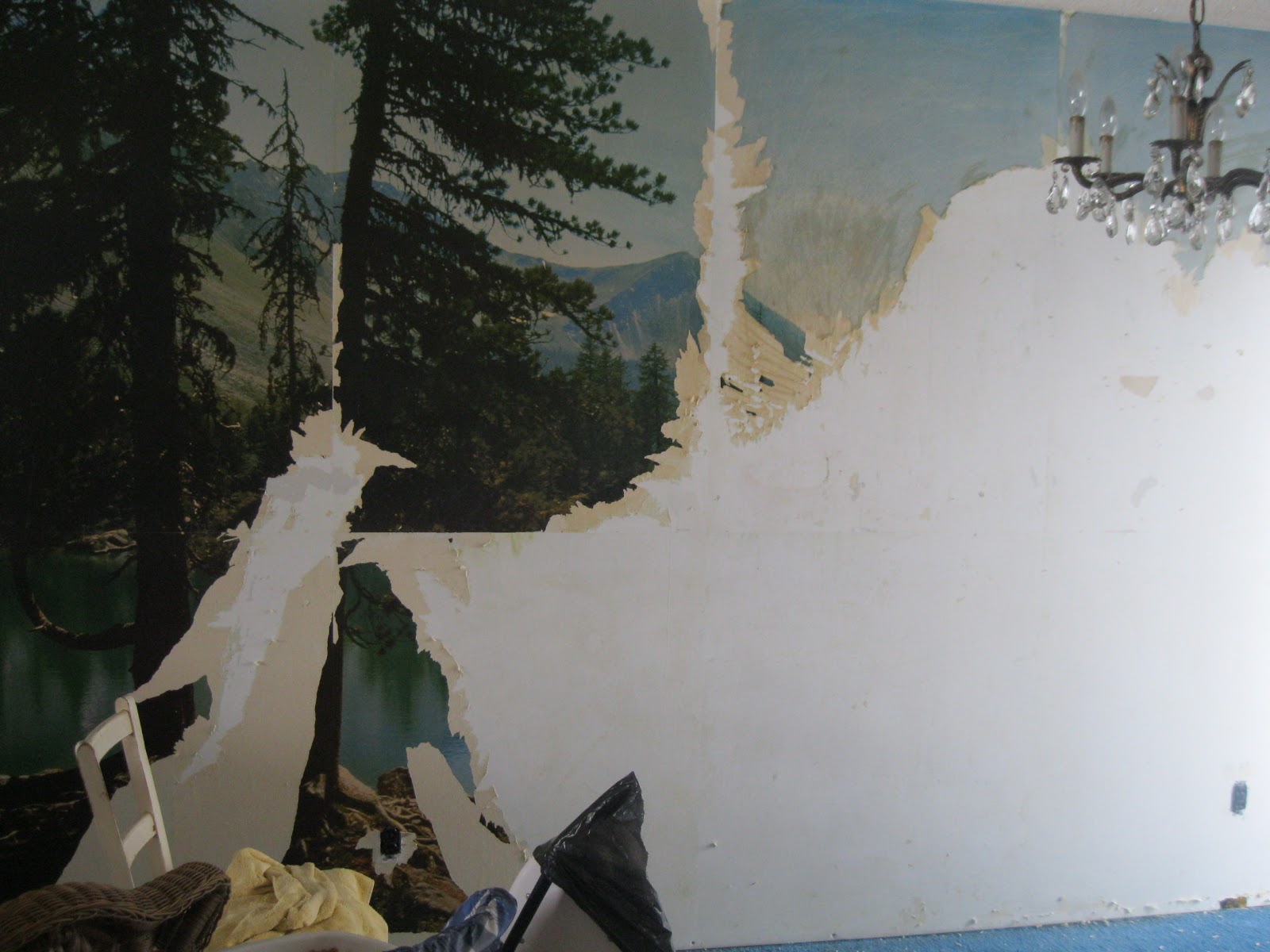 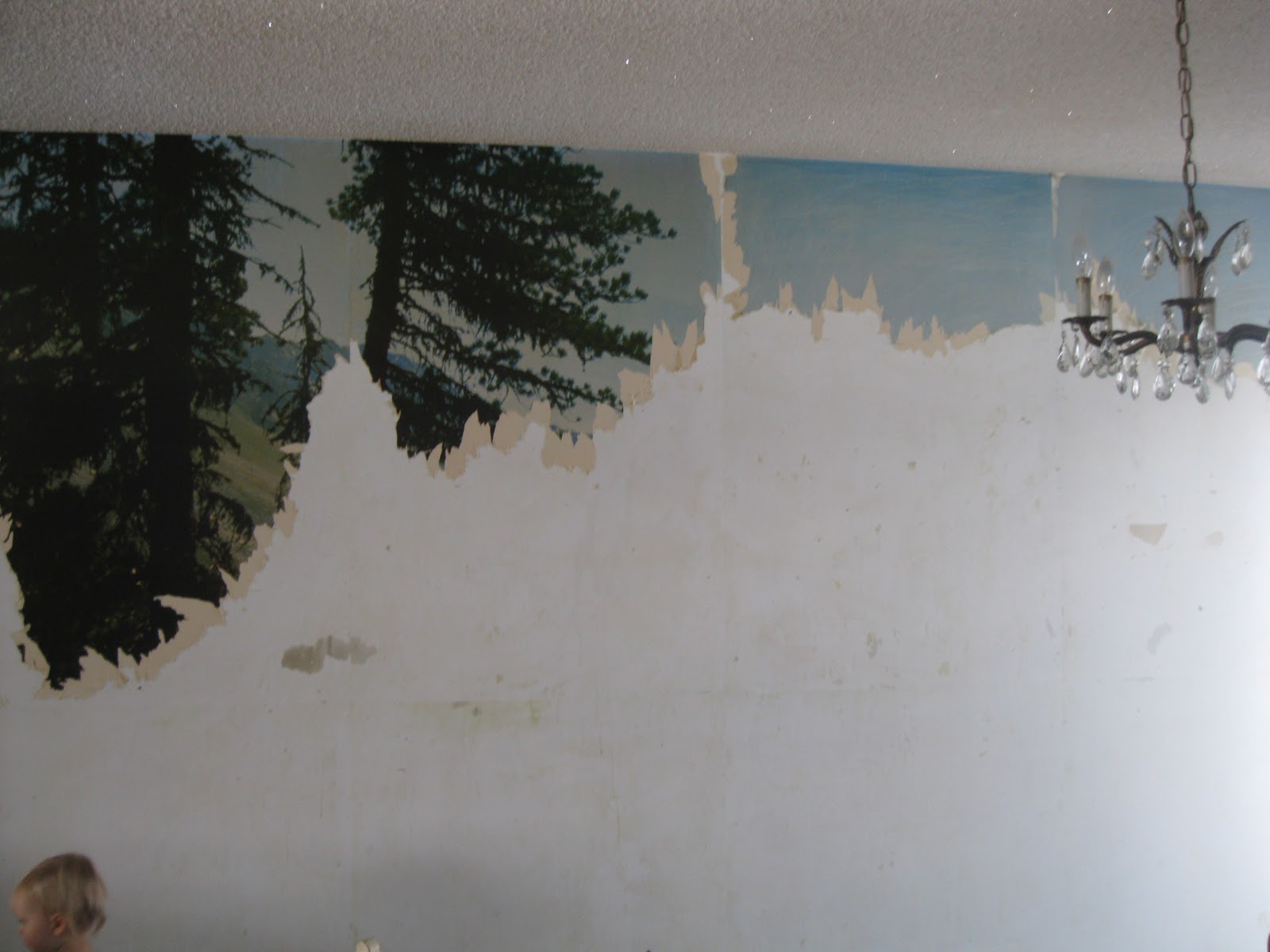 After 4.5 hours I called it a day and finished a couple days later.  It took 7 hours total!!!  Crazy! Once the wallpaper was off it took a long time to get off the glue.  I tried all kinds of methods too.  Fabric softener and warm water worked the best even better then the chemical stuff you can buy.  The other mural that's in the master bedroom I am going to take a different approach.
Scraping ceilings was next.  I could either paint them or since they had never been painted I thought I would try scraping them.  If anyone has scraped ceilings before, you know how messy a job it can be.  I got my brother to help, thanks man :)  All you do is get the ceiling pretty wet with a spray bottle or pressure soaker (the kind with the pump, I got mine at dollorama, it's suppose to be used for plants), wait a couple minutes then scrap it off with a trowel.  I was very lucky that this house was built properly and they finished and painted the ceilings before spraying it with the popcorn ceiling stuff.  You get the ceiling pretty wet and the paint helps to not wreck the drywall. 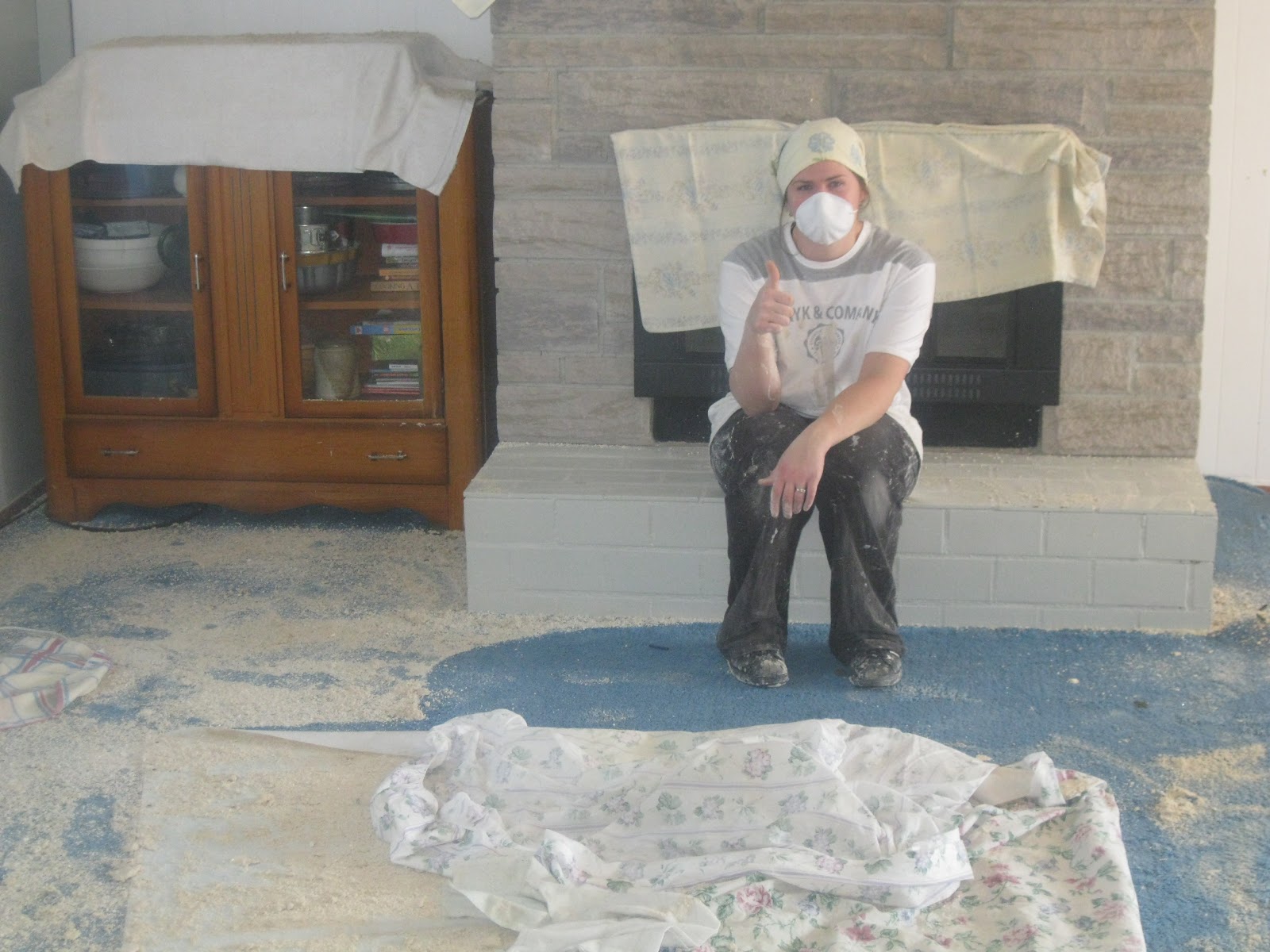 After scraping a room we would tear out the carpet.  The kitchen underlay turned into powder over the years so I'm very happy I have a shop vac (a rigid 45L and it works amazing).  Oh and yes that was the kitchen carpet in the picture below...gorgeous... 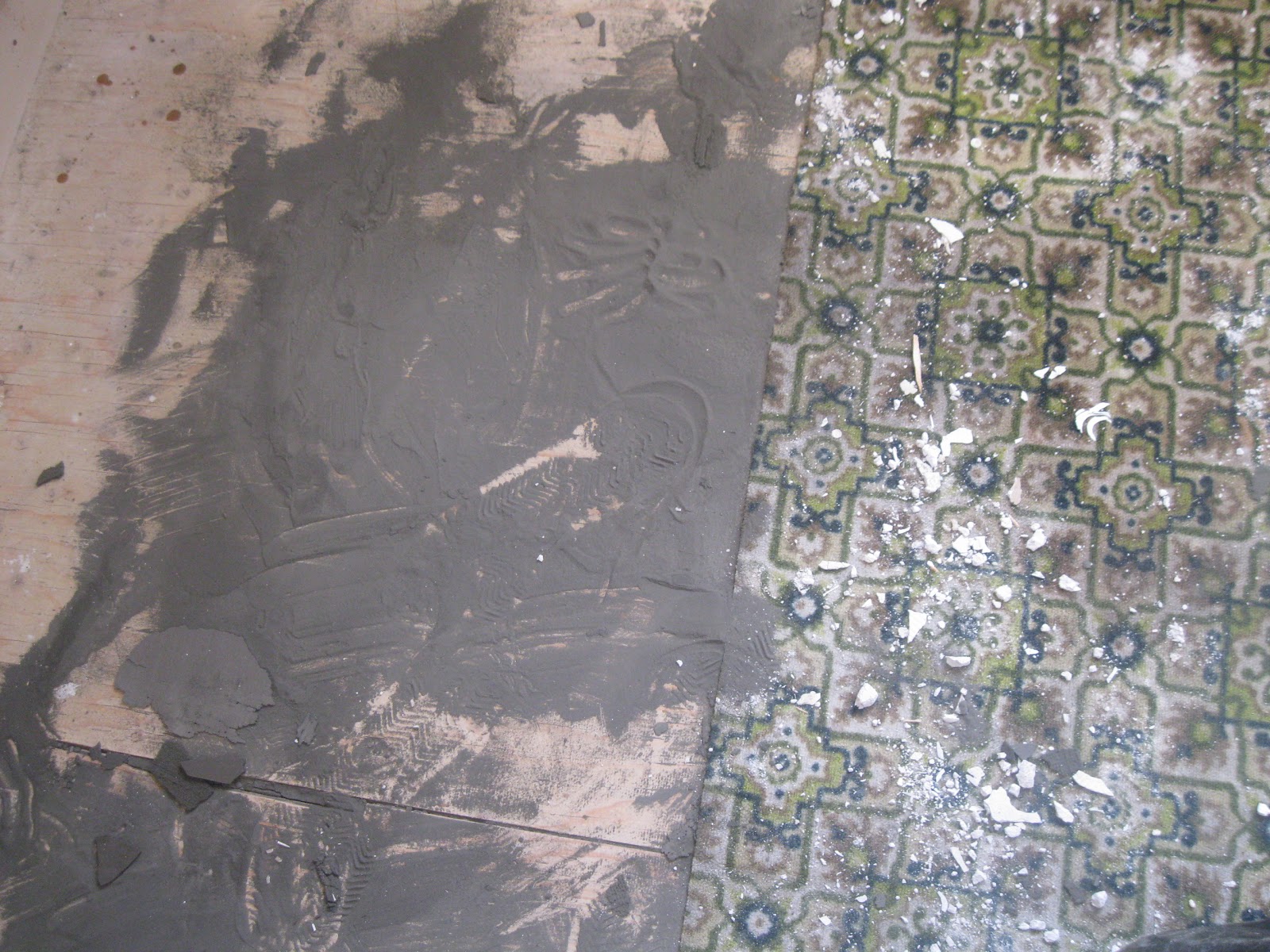 Then we tore out the kitchen and kitchen bulk head.  The kitchen wasn't absolutely terrible but there was no counter space and since I was redoing the floors I wanted to get this done in one shot.  I am using what I can of the cupboards in the basement and garage.

So here's the before pictures.....  This was an extremely nice, modern house in 1977 and hasn't changed a bit since. 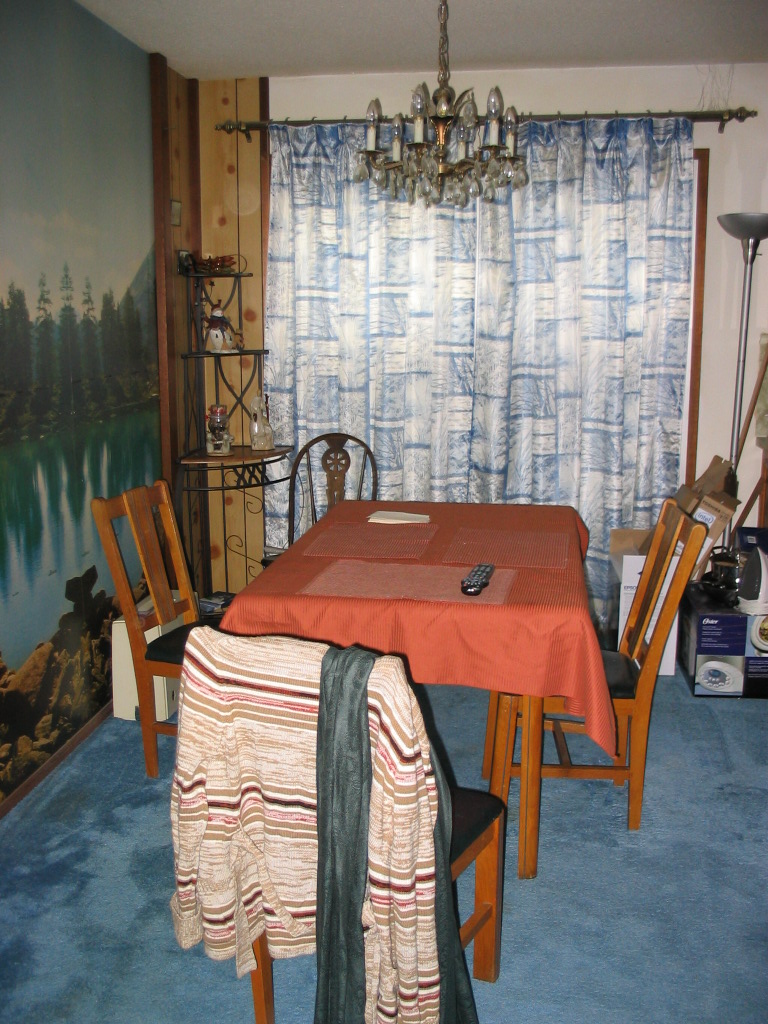 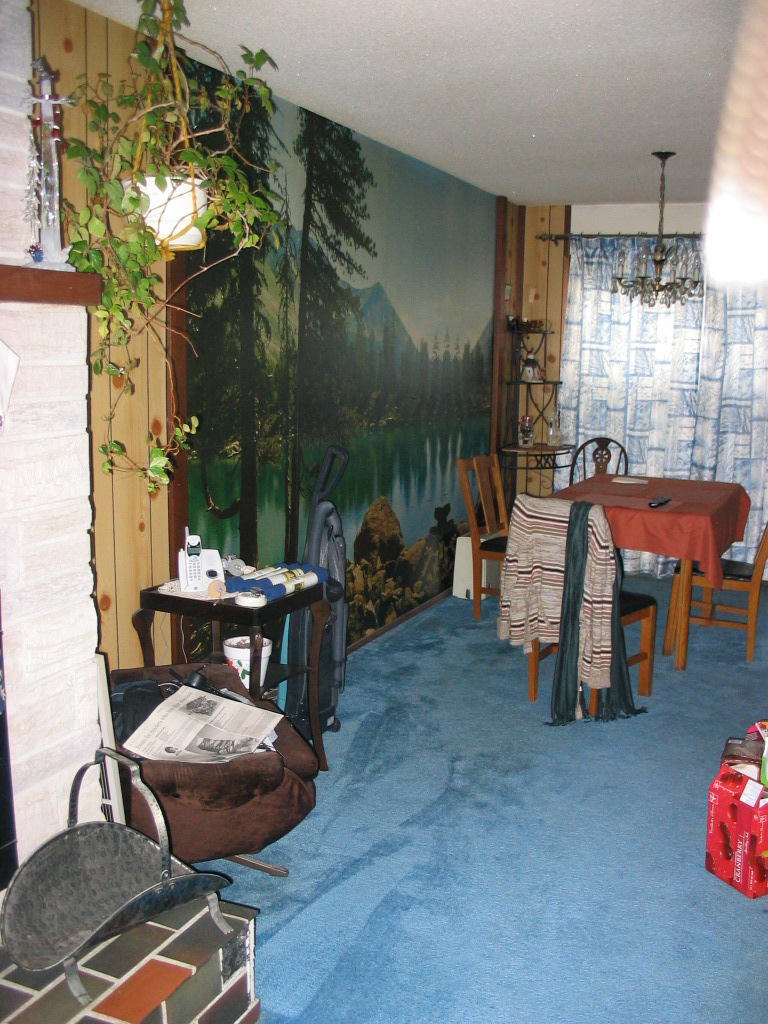 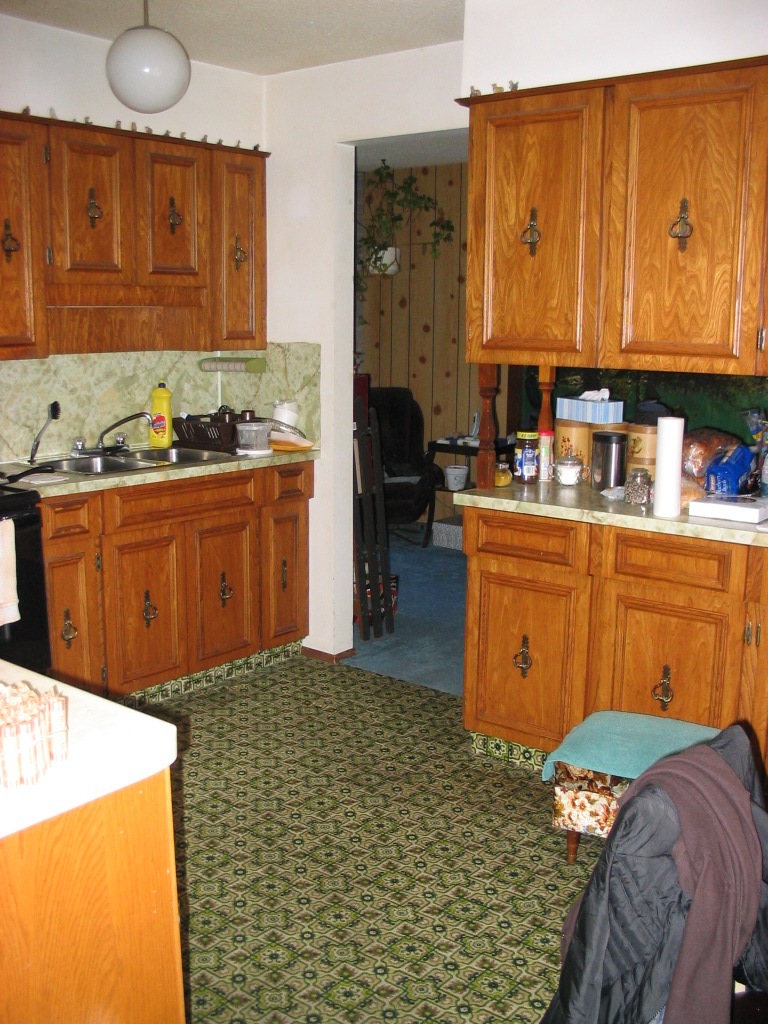 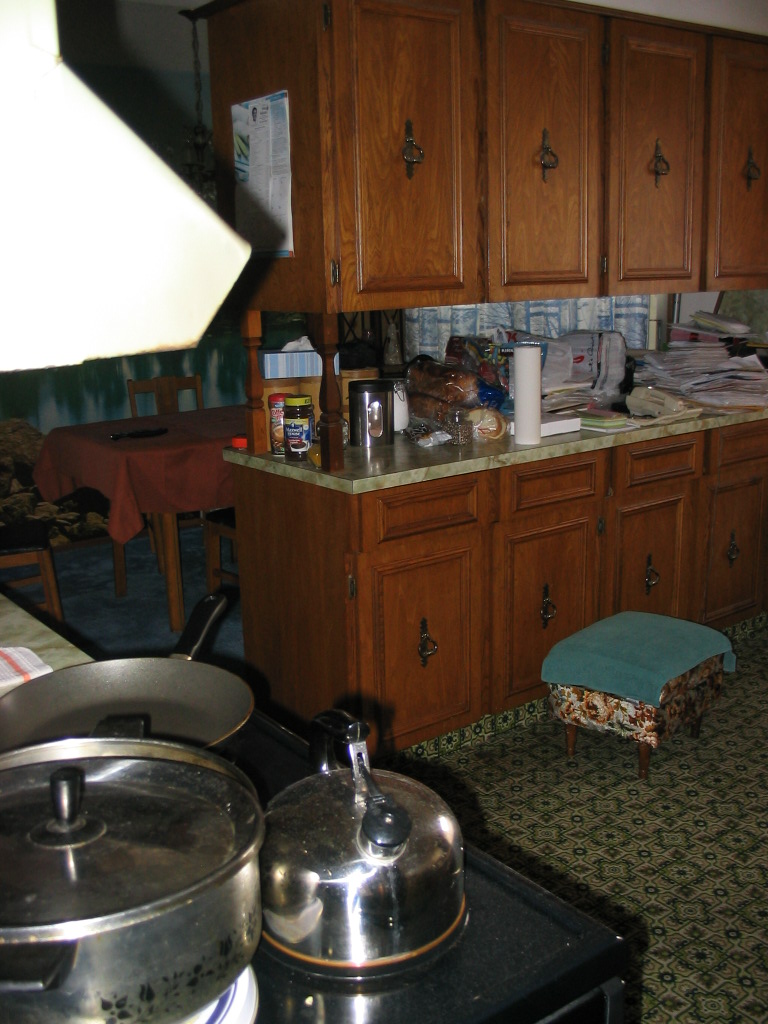 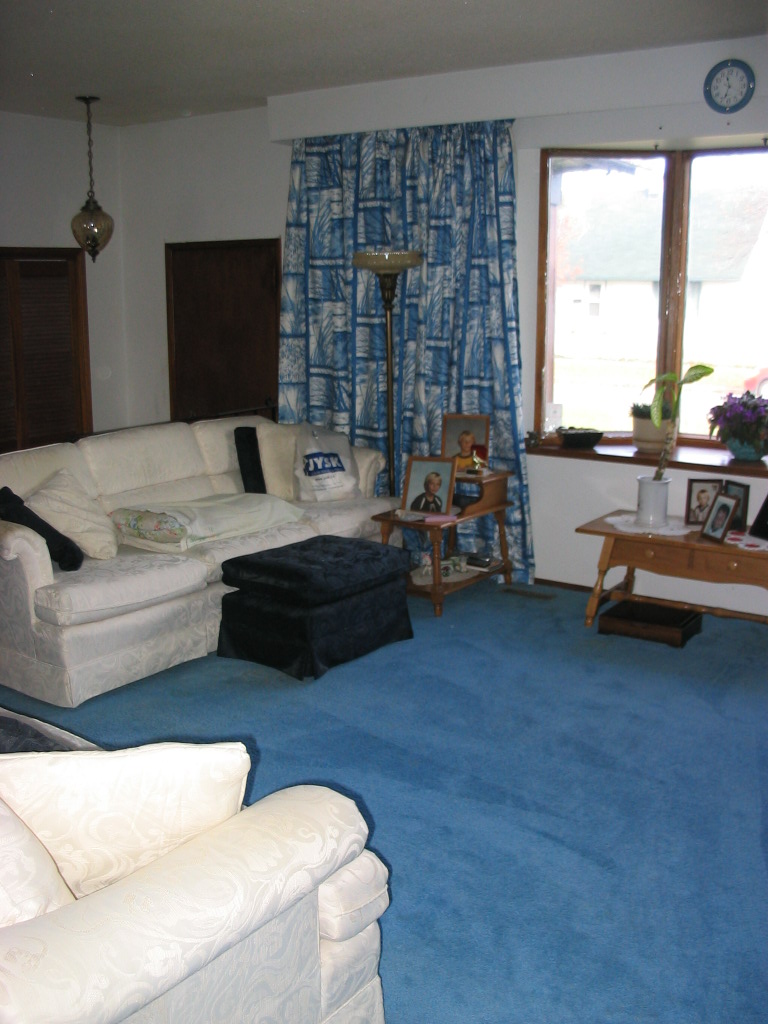 And here's the pictures after a couple weeks of demo... Now comes the fun and exciting (expensive) part of putting everything back together.  Oh and don't worry it's gonna look awesome! 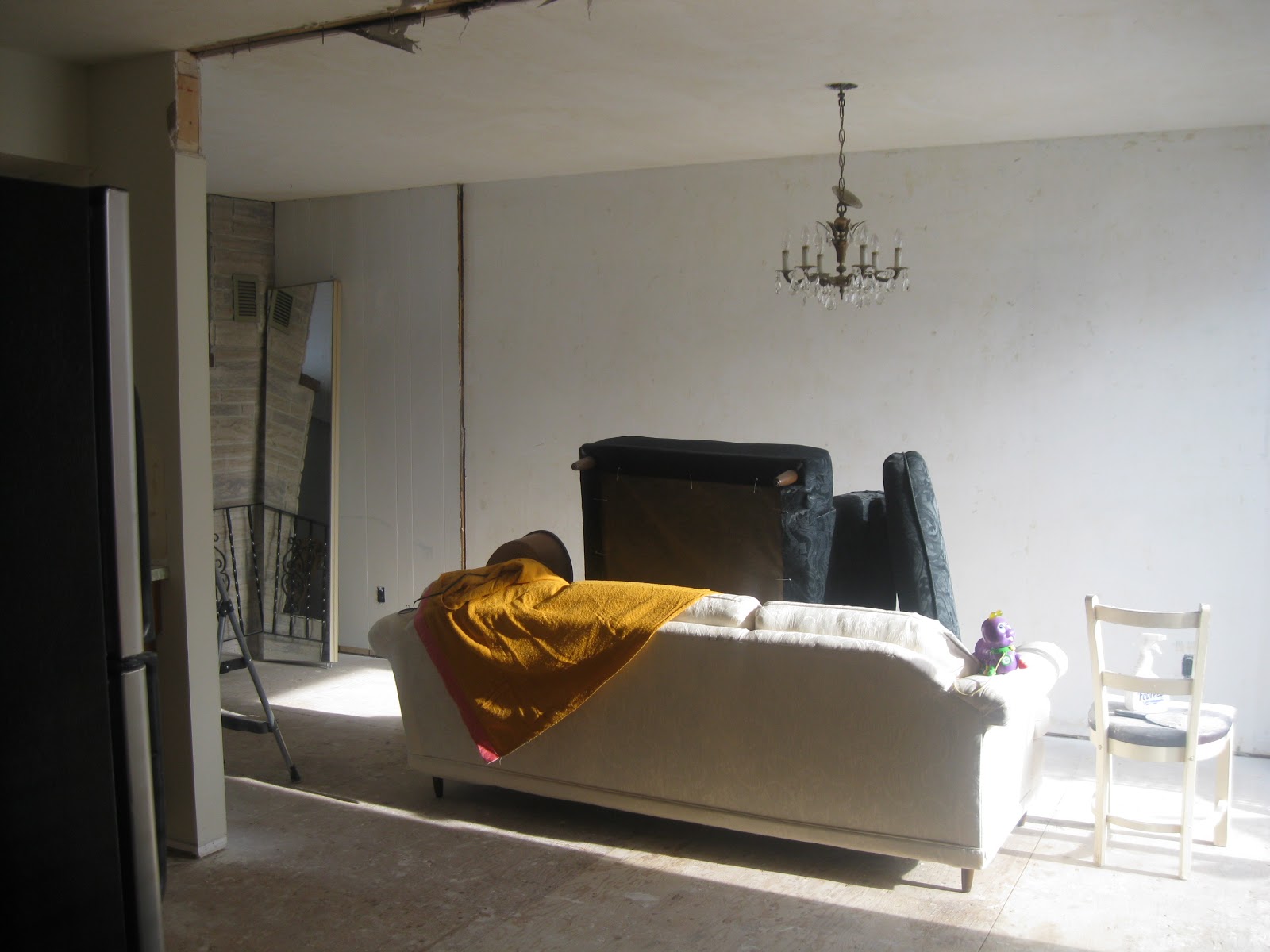 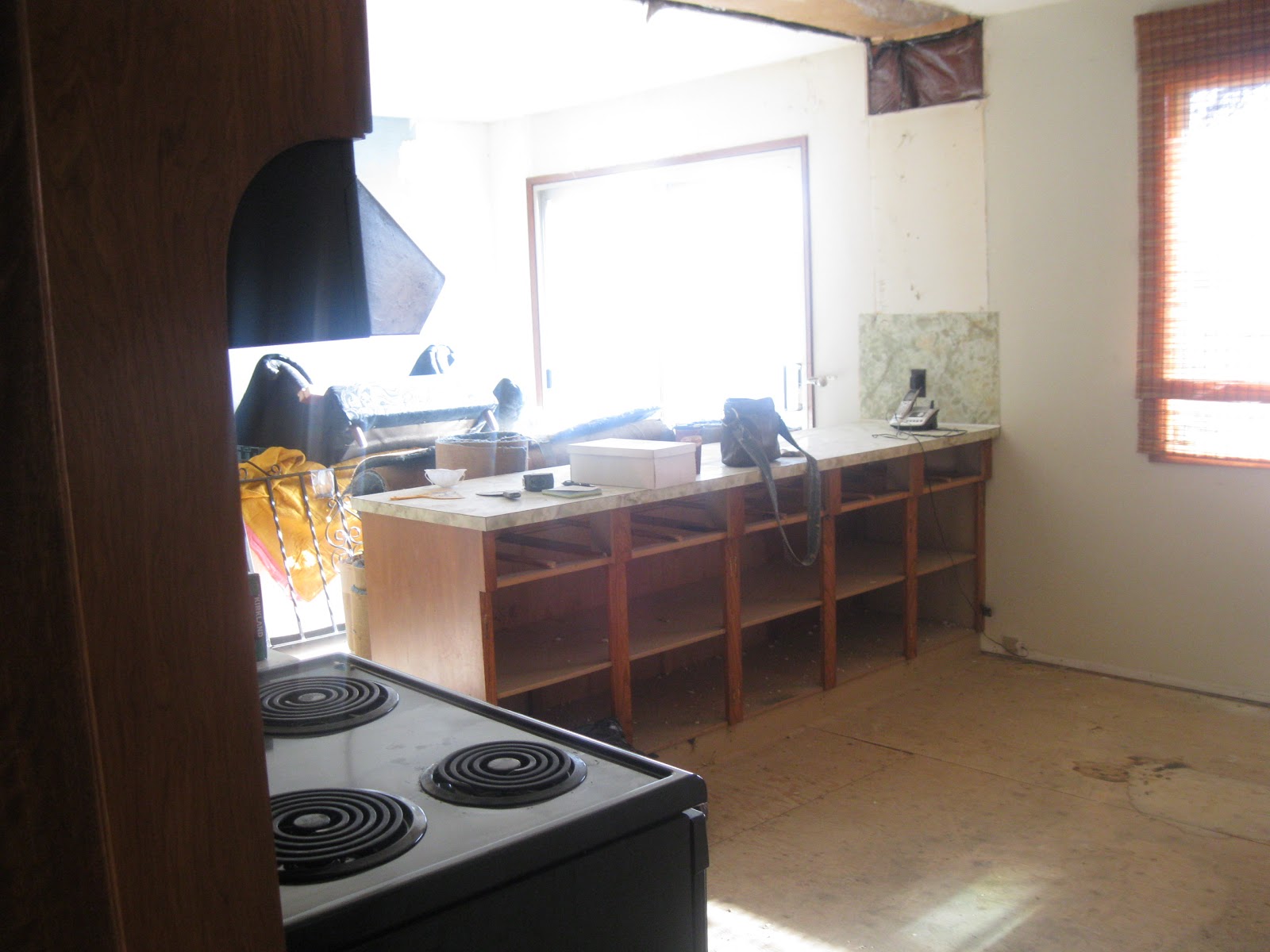 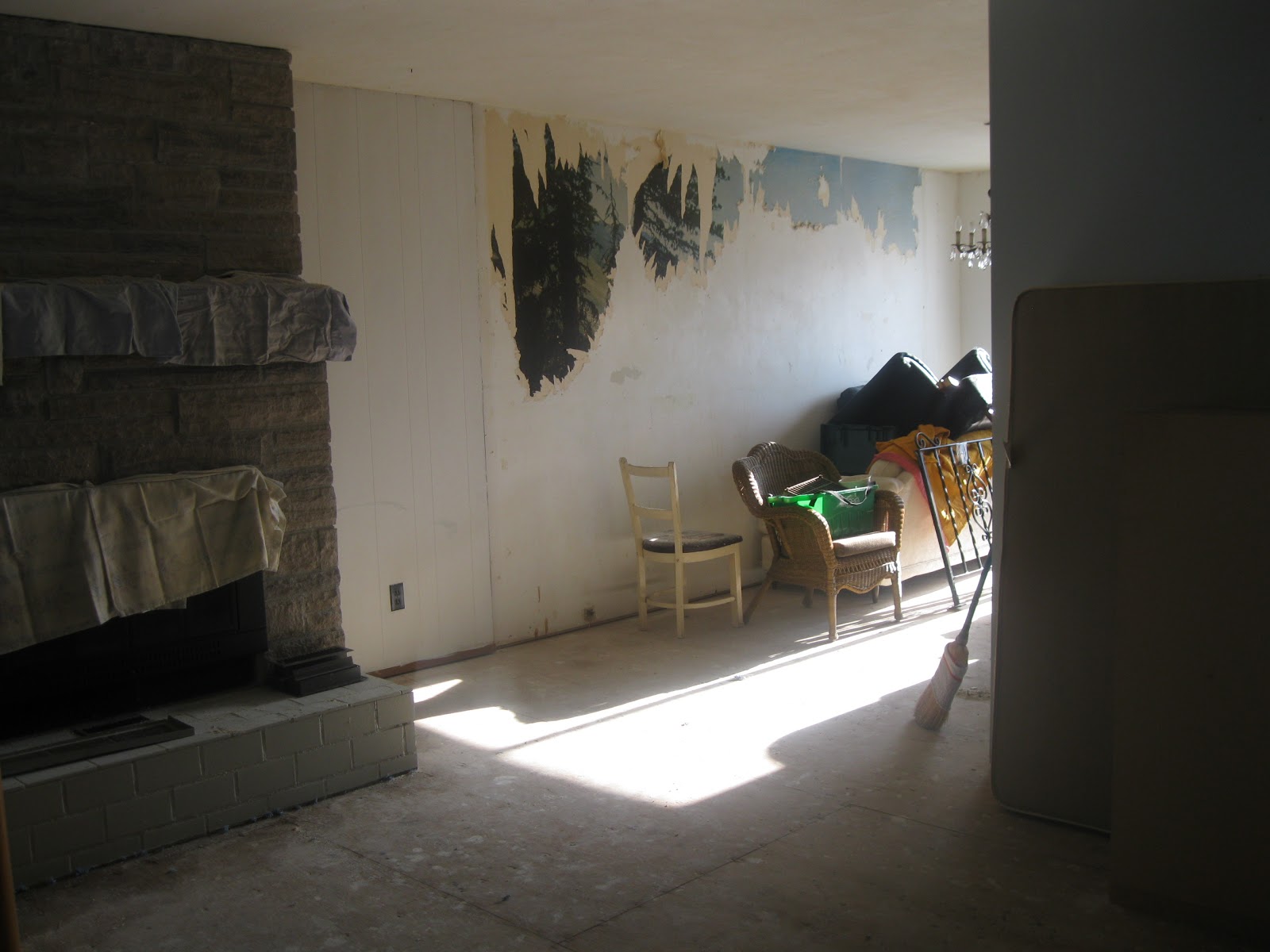 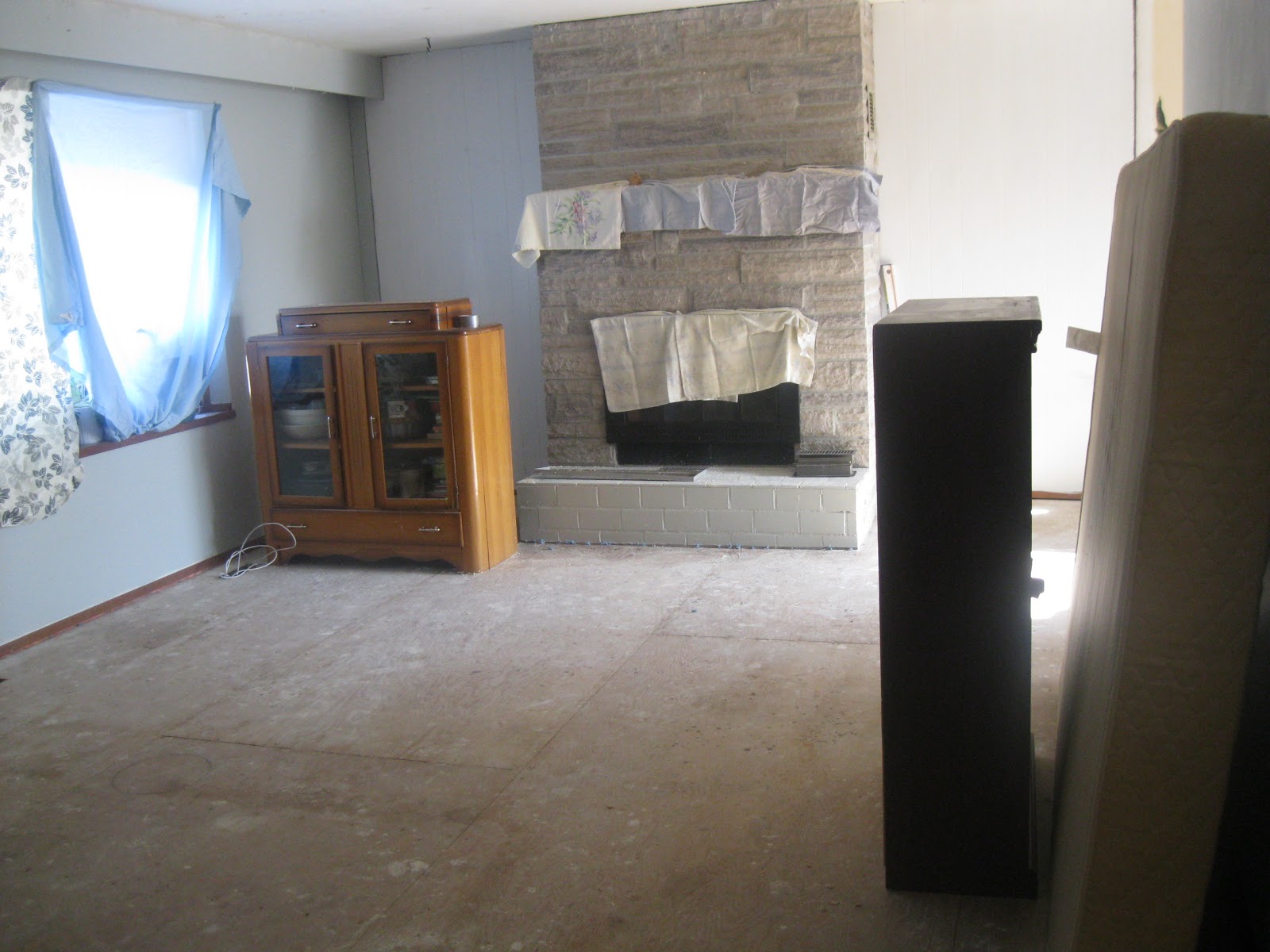 Well wish me luck I still have the bedrooms to do... yikes maybe pray for me instead.
Posted by Unknown at Monday, February 18, 2013 2 comments: